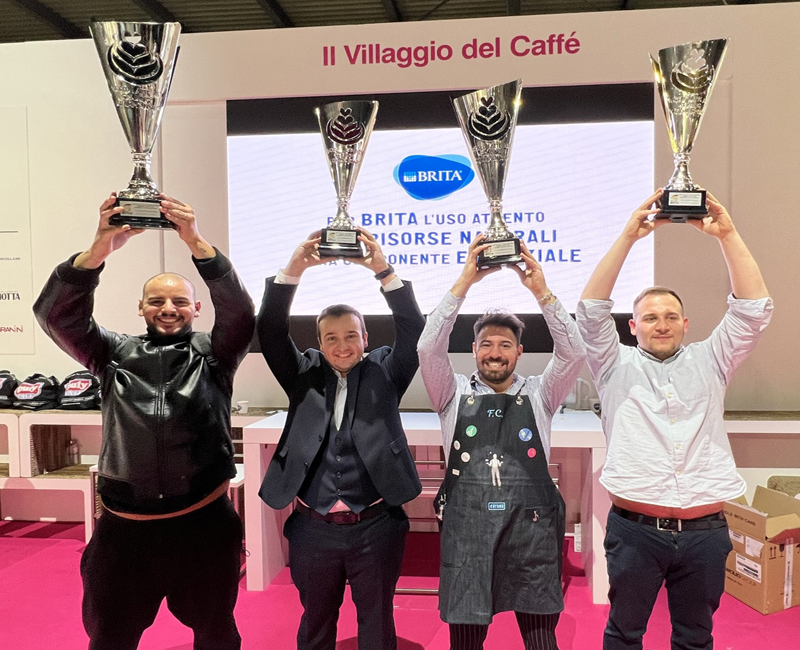 The World Lags Battle ended at Host on October 25, 2021.
A day dedicated to entertainment, yes, but also and above all to the professionalism and skill of competitors who have come from all over the world to win success with latte art!
Eight nations competing: Italy, Kuwait together with the United Arab Emirates, Croatia, Slovenia, Spain, Greece, Puerto Rico and Switzerland who tested their ability to take home the victory during the day.
The calibrated LAGS judges, from Morocco and Italy, decreed the executions and the challenges that followed one another for the whole day.
This third edition of the world championship saw Italy take the victory on the green and black levels of the Grading, respectively with Salvatore Riunno for the green level and Fabio Colicchia for the black level. Slovenia took home the victory on the red level with Nejc Knez, while the victory on the gold level was awarded by Switzerland with the new champion Fabio Scacciaferro.
World victories in the third edition of the WLAGS Battle, the only one of its kind which gave rise to thrilling and exciting challenges and moments throughout the day.
We remember all the sponsors of the event: Ottolina Caffè, Rancilio Group, Anfim, Centrale del Latte, Asachimici, Metallurgica Motta, Brita, Mokito Caffè, with a really interesting total prize money!!
There is already excitement for the next World Lags Battle ... the appointment is now for 2023 !!