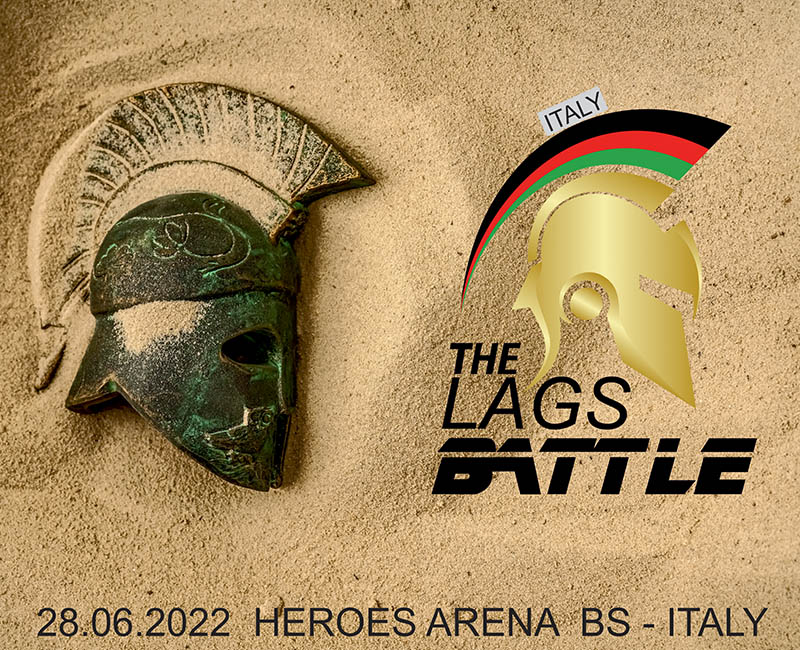 It is with great enthusiasm that the Latte Art Grading System announces the next national competition LAGS BATTLE which will be held on June 28th in Brescia, at the Torrefazione Agust in Road Antonio Allegri, 125/127.

A highly anticipated LAGS BATTLE which will bring the champions of the three levels (green, red and black) to the WLAGS World Championships in Abu Dhabi!

In fact, participation is already very high with 43 professionals of latte art who on June 28th will compete at the Heroes Arena in Brescia.

There will be three levels in challenge, the greens will see the participation of

BOCCUTI ERIC from Marcelli (AN)

TURCAS CATALINA IULIA from Senigallia (AN)

CAMPANELLA GIUSEPPE from Castelletto Ticino (NO)

LUCA DRANE from Castelletto Ticino (NO)

GIOVON GIULIA from Pinerolo (TO)

And finally the black levels

VERDINI MANUEL from Senigallia (AN)

SOLAZZO RENZO from Corinaldo (AN)

BASTIANONI ALESSANDRO from Senigallia (AN)

Admission and access to the event is reserved exclusively for competitors of the competition, upon invitation by the Latte Art Grading System.

The champions of the three levels will win travel and accommodation in Abu Dhabi where the 2022 World Championship, THE WLAGS BATTLE, will take place in December.

The event will be supported by Rancilio Group with 3 RANCILIO CALSSE 20 espresso machines and 5 KRYO EVO 65 OD coffee grinders.

During the whole day there will be space for coffee breaks, lunch breaks and aperitifs.

At the end of the day all the awards will take place, both for the winners but also for all the participants who will be honored with special gadgets!

The wait for this edition of LAGS BATTLE is really great, stay tuned and don't miss the live broadcast on social channels!!