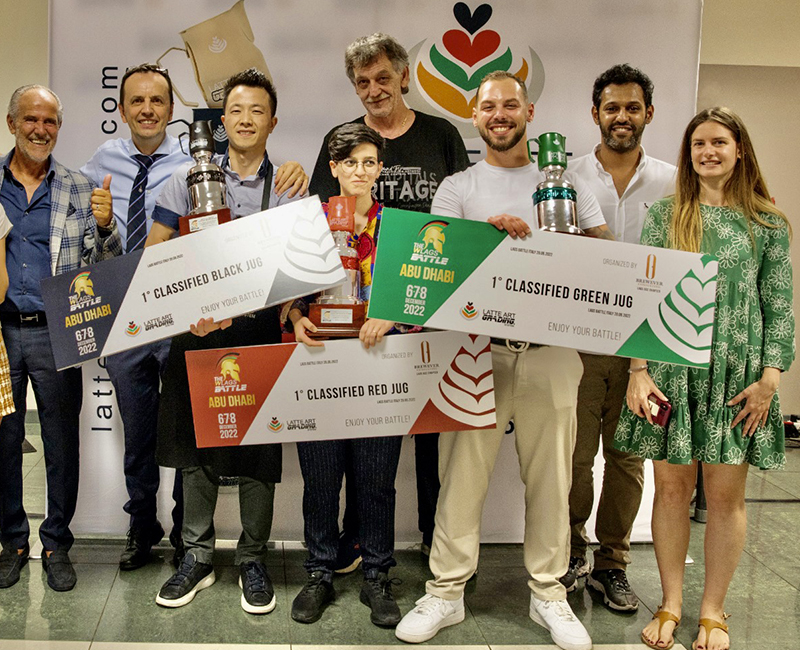 After the Italian national selection, which saw a huge participation and which decreed the 4 finalists (here the official video of the competition), from September will start the main FOREIGN national selections of LAGS BATTLE, which will establish the other champions for the WLAGS in Abu Dhabi in December 2022.

Even abroad, the participation and organization of LAGS BATTLE 2022 is truly great: countries such as Spain where the Lags Certification Point Global Espresso Lab with Andrés Paparoni and Gastronimia Lab with Diego Campos Vigo are going to organize the first Spanish LAGS BATTLE;

and to follow the Morocco LAGS BATTLE which will be held on October 15 in Casablanca, organized by Abdelaziz Qaissouni's Lags Certification Point Italian Coffee Art Academy; Peru with the Lags Point Venta Trovato Sac and with Ignazio Trovato will see the Peruvian champions challenge each other on the patterns of the Latte Art! Grading System!

Also on October 15th it will be Mexico’s turn, in Playa del Carmen, in a unique atmosphere, where Claudio Iovine with his team from Point Abarma is organizing an all-Mexican battle!

And again, Saudi Arabia and Kuwait, with the support and organization of the Chapter Lags Certification Point Brewever, between 20 and 25 October will respectively host the two national LAGS BATTLE whose champions, as in the other cases, will converge at the WLAGS World final in Abu Dhabi.

But the LAGS BATTLE aren’t over yet: then there will be the turn of Slovenia, with Atlantic Grupa - in the name of Branka Pogačnik and Renata Kocevar - and BARISTA ACADEMY SLOVENIA with the already red level 2021 World Champion Nejc Knez.

So stay tuned to the LAGS channels and the website where you can follow all the updates and events!!

See you in September,

the LAGS offices will be closed from 04 August until 28 August!