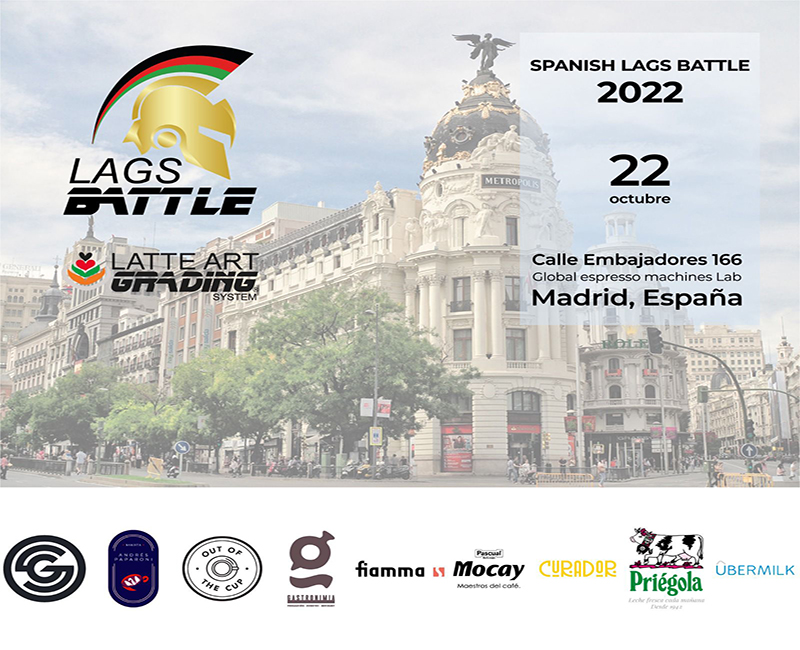 2022 is truly a year full of events and competitions for the LAGS system!

There are many nations organizing national LAGS BATTLE in view of the World Championship which this year will be played in Abu Dhabi, in the United Arab Emirates, in December.

Here the Spanish green and red levels will compete with latte art to win the title of national champions and thus participate in the WLAGS World Championship in Abu Dhabi.

The baristas of the LAGS System will compete in a grandiose arena for a Battle dedicated exclusively to the world of Latte Art!!