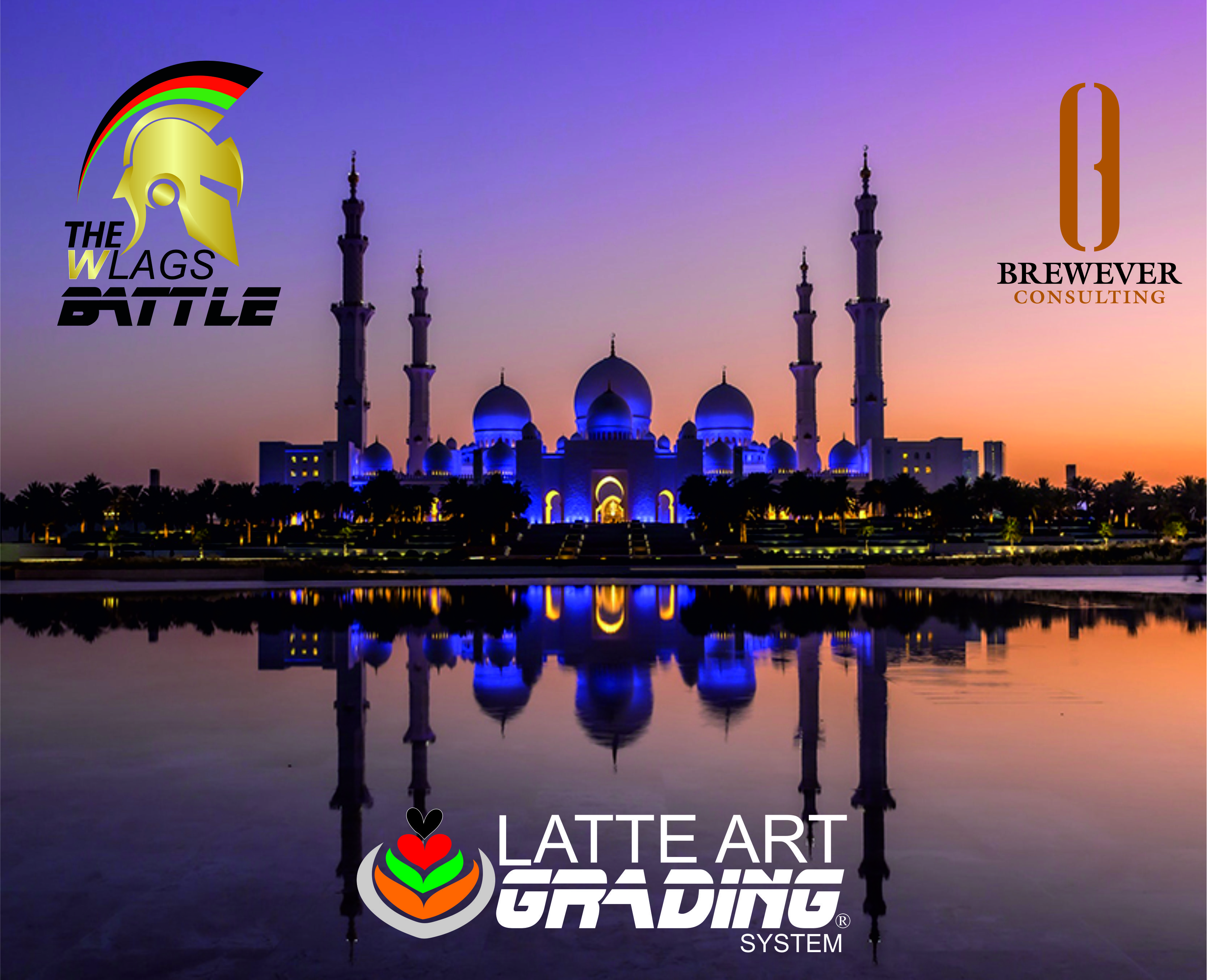 It’s with great enthusiasm the Latte Art Grading System, together with the LAGS Chapter in the Gulf Countries Brewever Consulting Co., announces the WLAGS BATTLE 2022, the World Championship of the LAGS circuit.

The location framing this international event will be the capital of the United Arab Emirates, Abu Dhabi, in particular the Abu Dhabi International Food Exhibition, where from 6 to 8 December 2022 the LAGS champions of the nations taking part in the THE WLAGS BATTLE 2022 world championship will compete.

There will be 11 nations competing: Italy, Kuwait, Saudi Arabia, the United Arab Emirates, Nepal, Morocco, Mexico and again Spain, Vietnam, Thailand and Peru who will bring their champions to compete on the green, red and black levels of the Latte Art Grading System circuit.

A truly global competition, with 28 latte art champions from all over the world who will put their professionalism and skill in the discipline to the test by challenging each other on the patterns set by the Latte Art Grading System disciplinary.

There will certainly be no shortage of live broadcasts on the various social channels!