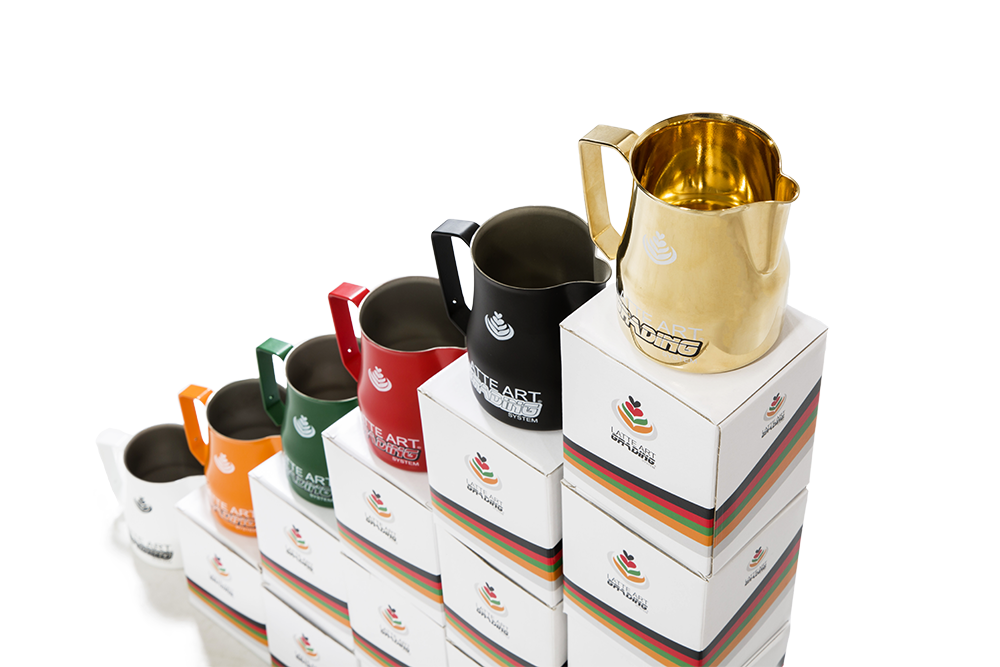 WHAT IS THE LATTE ART GRADING SYSTEM?

The "Latte Art Grading System®" is a qualification system of technical and creative skills about the latte art of the barista ( usually employed in the
cafeteria ) .

The system is based on 5 levels called "grading"; each one has a different color as indicated by the grading system logo: white, orange, green , red and black.

Each grading match specific the skills that the barista has to have acquired and be able to support during the grading exam.

WHO CAN DO THE GRADING?

The grading can be done by any barista with a minimum of experience in latte art techniques and by anyone who works in a café environment - baristas or professionals wishing to enhance their CV.

WHERE CAN I TAKE THE GRADING?

The grading can be carried out:

The premises have to be equipped with specific tools for carrying out the grading, such as espresso machine, coffee grinder. (Milk jugs, cups and etching tools can be brought by the barista).

Milk and coffee are at the discretion of the premises or of the barista. 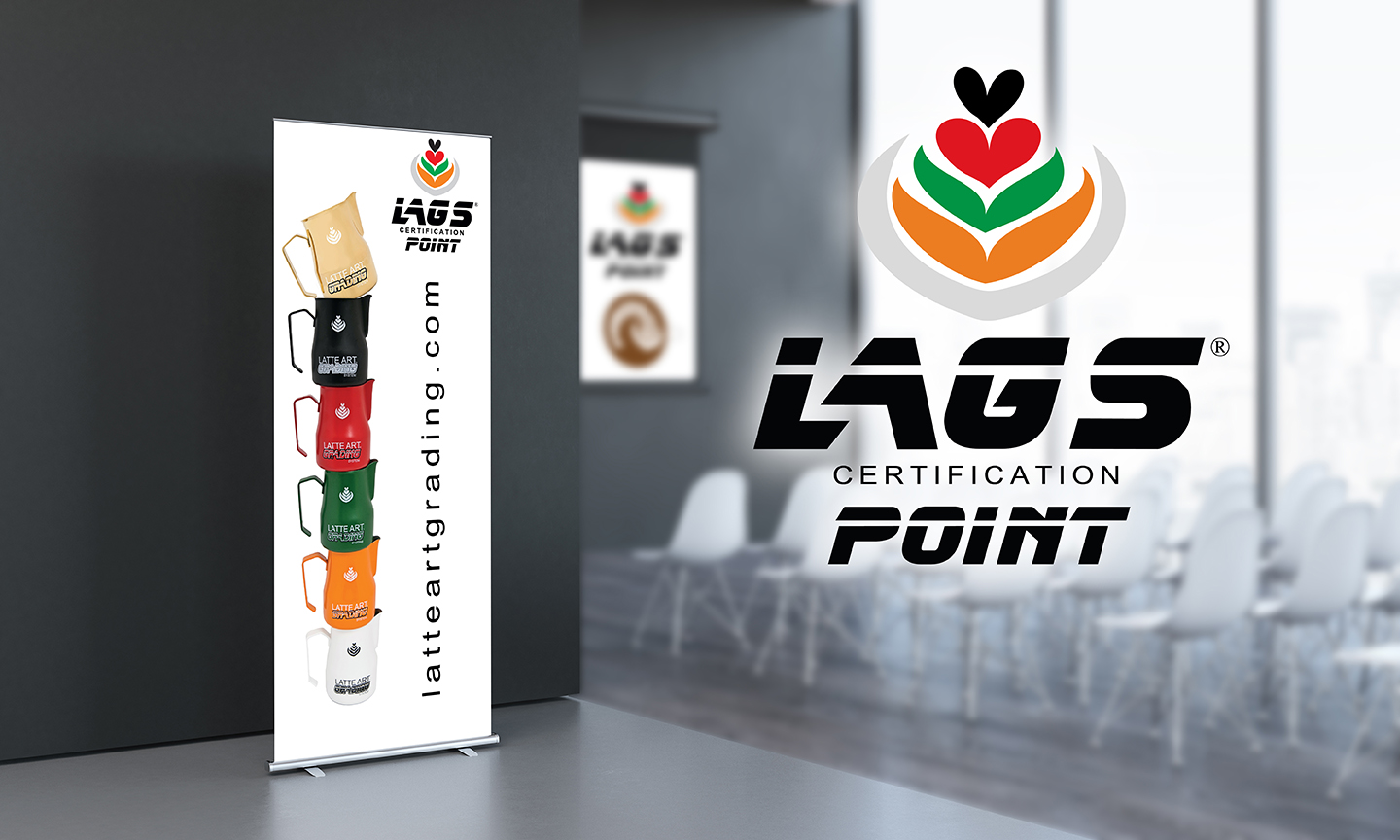 WHAT ARE GRADING COURSES ?

There are four levels of Latte Art grading courses:

- black or advanced grading (only for black grading).

The content, dates and location of the courses are decided by the certified premises and can be found at www.latteartgrading.com/Grading_point.php

WHAT I GET WITH THE GRADING ?

The certificate indicates the level obtained, the date, the location and the signatures of the examiner and the general coordinator of the grading system. Your name will be added in the register of latte art grading, on a visible page of the website. In addition and as symbol of recognition of the sustained grading, it will be released a colored milk jug corresponding to the grading carried out, showing the words "Latte Art Grading System®".

The grading certifications can be inclused in your curriculum in order to make understandable your level of competences in the latte art technique.

With the green, the red and the black grading is possible to become an examiner in order to evaluate new baristas.

The grading is a meaning of value and qualification in the latte art technique. 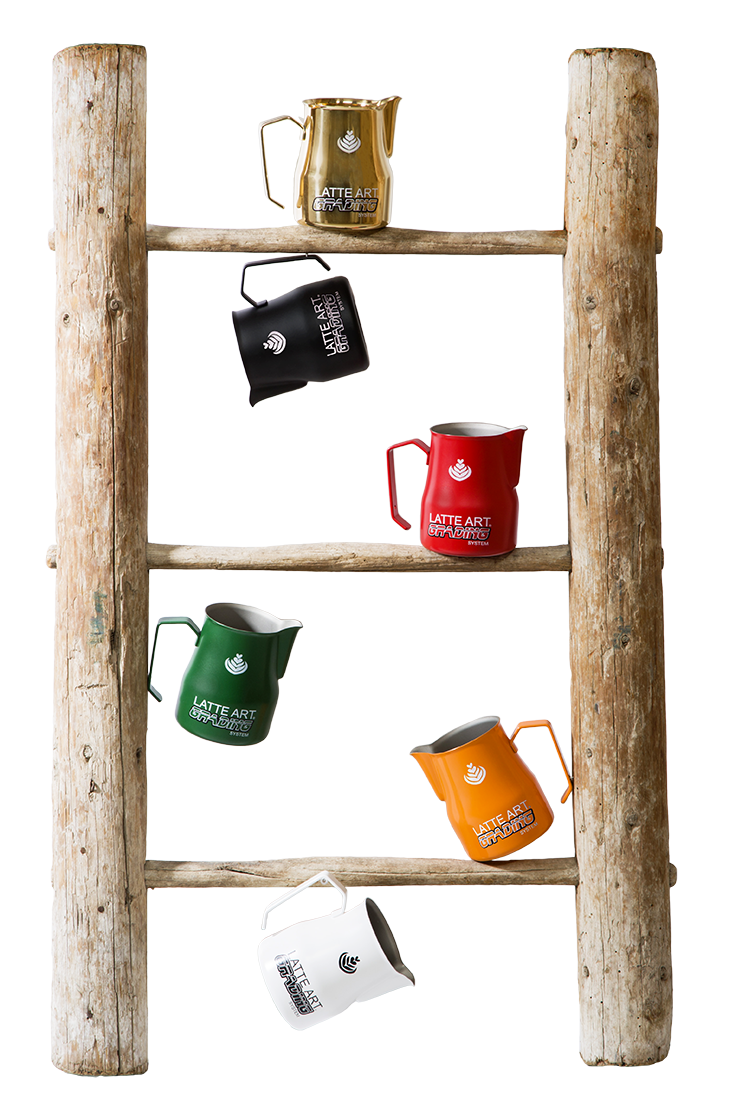 WHO ARE THE EXAMINERS?

The "examiners" are baristas who have achieved the green, red or black grading level and who have undertake the calibration exam.

"Green examiner" can evaluate the white, the orange and the green gradings.

"Red examiner" can evaluate the white, the orange and the green gradings.

"Black judges" can evaluate the grading level from white to black exams.