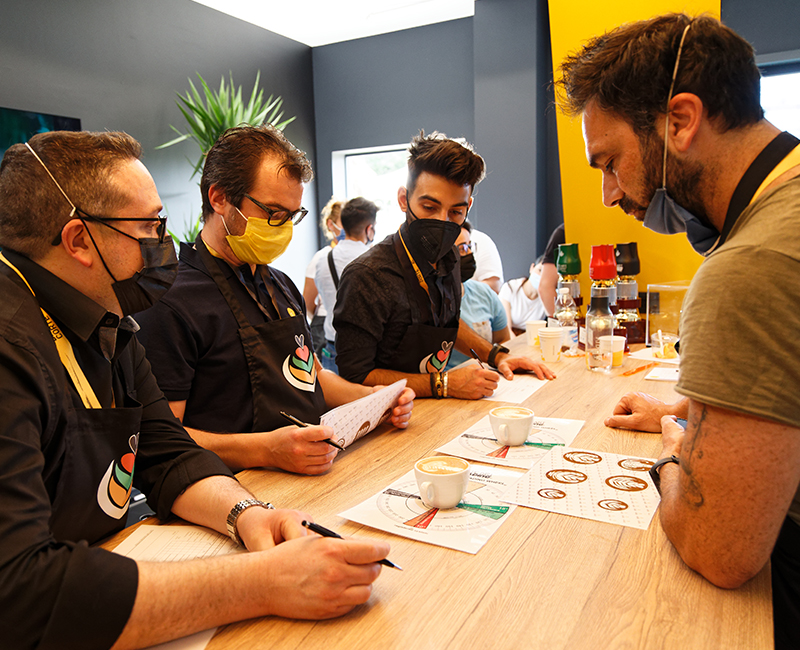 Increasingly fundamental within the Latte Art Grading System circuit, the figure of the LAGS Judge now plays a role of primary importance within THE LAGS BATTLE competitions, constantly more present and participated, both nationally and internationally.

In fact, with the development of the System all over the world, which resulted in an increase in the competitions played as a logical consequence, it became necessary to develop a highly professional figure within the Latte Art Grading System.

The LAGS Judge is the figure capable of objectively evaluating the skills put into play by the challengers of the LAGS BATTLE and specifically the patterns of the levels present in the competition, green, red, black and gold, thus decreeing the best latte artist at both level. national and international, at THE WLAGS BATTLE World Championships which this year will be played in December in Abu Dhabi.

The course born a few years ago "The Judge Calibration", in this sense is the course intending to develop an increasingly broad and prepared team of Judges on the evaluation and judgment of the patterns reproduced in the cup by the competitors during the competition. A regularly updated and constantly learning group which has brought to THE LAGS BATTLE competitions a fundamental improvement in terms of evaluation and judgment of the challenges.

Our Judges will soon be involved in the next national competitions in Peru, Morocco, Messico, Spain, Slovenia, Saudi Arabia and Kuwait and many other nations; then, again, in December at THE WLAGS BATTLE in Abu Dhabi, where the nations of the world will compete and where will be decreed the World Champions for each level of the Latte Art Grading System.