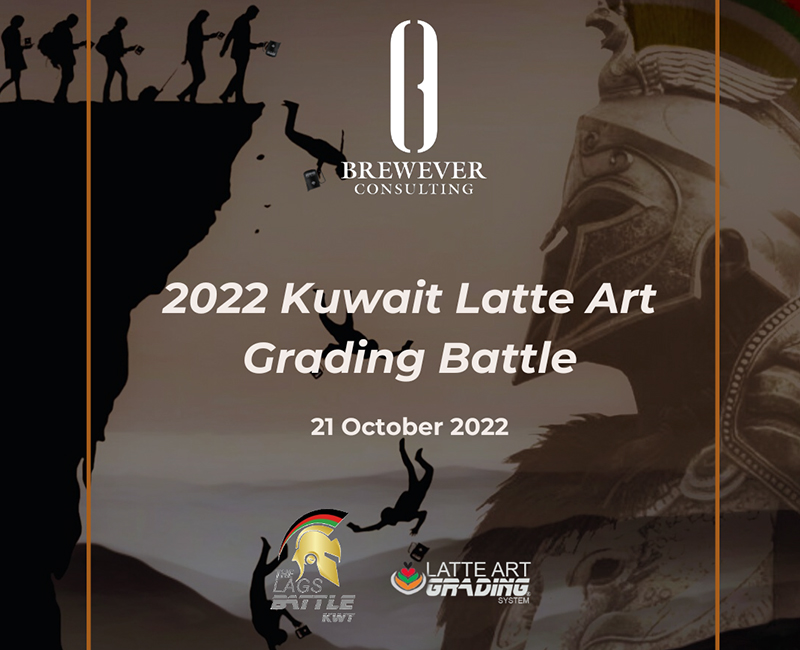 The date to be scheduled is 21st October 2022, when the Kuwaiti latte artists belonging to the Latte Art Grading System will compete to win the title of national champions and thus participate in the WLAGS BATTLE world final in Abu Dhabi.

Many will compete on the LAGS system patterns, from green level to black level, but only 3 of them will be able to take the victory and represent their nation at the WLAGS BATTLE world championships in Abu Dhabi in December 2022.

Organized by the Chapter Lags Certification Point Brewever, the LAGS BATTLE KUWAIT will be live on all the social channels, Instagram and Facebook, of the Latte Art Grading System!!